Hotline: (028) 39605 800
Menu
LLDPE prices in Russia rise in November under pressure of situation in foreign markets

MOSCOW (MRC) -- Many Russian converters expected cuts in December low density polyethylene (LDPE) prices under the pressure from seasonal factors. But the situation in foreign markets led to the opposite effect, polyethylene (PE) prices went up in the last month of autumn, according to ICIS-MRC Price report. By mid-October, a series of shutdowns for maintenance at Russian LDPE plants had come to an end.  Some converters said the increased supply from domestic producers and a seasonal drop in demand for finished products should have led to lower LDPE prices, as it was the case in the previous years. But the situation in foreign markets has been unfolding exactly the opposite. High prices in Asia allowed Russian producers to export PE at higher prices than prices in the domestic market. And, as a result, domestic LDPE prices were moving up to the export level. In the third decade of August-the first half of October, three Russian producers simultaneously shut their production capacities for repairs: Ufaorgsintez, Tomskneftekhim and Kazanorgsintez. Outages of the key producers led to a shortage of LDPE in the market and a price rise. By the second half of October, the last shutdowns for turnarounds in Ufa and Kazan were finished, which should have led to an increase in supply of PE in the market. But there was still no oversupply of LDPE in November. Kazanorgsintez operated with incomplete capacity utilisation during the month, there were also restrictions on capacity utilisation at some of Ufaorgsintez"s production capacities, and the Angarsk Polymers Plant shut its production for several days because of technical issues. Demand for LDPE has been strong as for November since the beginning of the month, however, this was mostly typical for polyethylene (PE) at its lower price range. And by the middle of the month, many small-size sellers said they had sold out all their monthly quantities. PE prices have begun to go up gradually since the middle of the month, and in some cases, prices of 108 grade LDPE have reached Rb98,000/tonne CPT Moscow, including VAT, by late November, whereas by end-November 2019, prices of this PE grade had dropped below Rb80,000/tonne CPT Moscow, including VAT. In Asia, LDPE prices has been dynamically rising since mid-summer, and last week"s prices in China exceeded USD1,230/tonne CFR. On the back of this, some Russian producers reporter good export contracts, and deals were done in the range of USD1,100-1,170/tonne FCA, which even with the current strengthening of the rouble exchange rate, including taxes,  exceeded Rb100,000/tonne FCA, including VAT. Good export contracts allowed Russian producers to speak about a proportional increase in LDPE prices in the domestic market. This week, Tomskneftekhim virtually already announced a rise of Rb4,000/tonne in spot December prices. 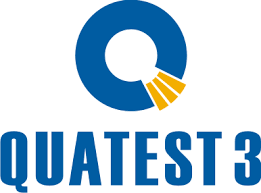